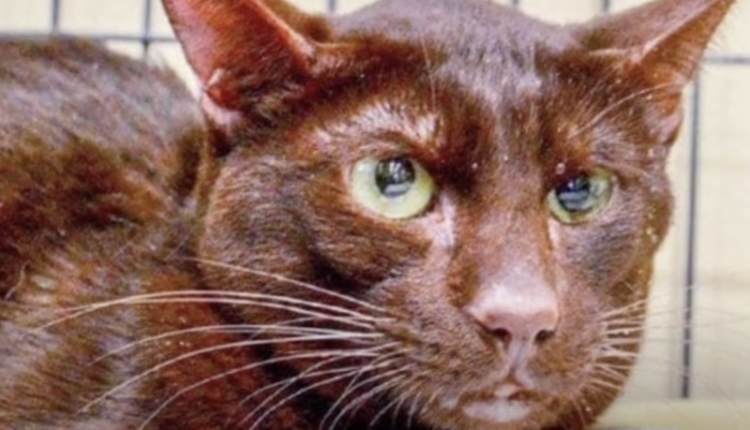 A rare Havana Brown cat was rescued after being caged for so long, that it required therapy to heal its joints. BazPaws, a YouTube channel that brings many videos about rescued animals and the good work that shelters carry out, covered the story.

Now named Acorn, a cat spent a very miserable life caged and unable to move about freely. Possibly, it was raised for breeding because they are not all that common. Fortunately, the rescue shelter that took it in didn’t destroy the animal. Instead, the poor animal was given therapy to help it heal.

If you don’t know, the Havana Brown cat originated as a cross between a domestic black one and a Siamese. Animal breeders in the UK decided back in the 1950s that it might be a popular animal. Additionally, a strain of Russian Blue was added. However, the genetics were later bred out of the animals. Once the animals reached the USA, breeders went for a lovely chocolate mahogany color.

When Bazpaws reported about Acorn, the video revealed the animal in a special water bath to help exercise the legs. Even so, it still walks with some difficulty. Well, the “cramped and dirty cage” didn’t allow for any exercise, so it must have been a terribly miserable existence.

The Havana Brown cat clearly received no love from its former owner, as it required some physiological healing as well. Imagine a life stuck in a cage too small for exercise and never getting a loving hand to touch you? Fortunately, the nightmare for Acorn came to an end. Actually, from the video, it’s not clear who adopted Acorn, However, he certainly looks a lot happier with his new owner giving him a lot of love.

Animal Lovers React To The Video

In the comments section of the video about the Havana Brown cat, animal lovers praised the people who put in so much time to help him heal. In fact, it’s also not clear which shelter arranged the rehabilitation. However, Bazpaws directed folks to the Five Acres Animal Shelter on Facebook.

In the comments section, Gayle VanderVeen penned, “This poor baby suffered so much. So happy he’s in a loving home.”

Another viewer, Red 13, noted, “Wonderful that he finally got out of that situation and now has a great life! Very happy for you, Acorn!

Anger About The Abuse

Meanwhile, Ryoga81 said it for the folks at the back: “I love these videos and I know they always have a good end but it’s f–king heartbreaking the way people treat animals. Sometimes I can’t even watch to the end because I actually get physically angry at these sh–ty people who would keep animals in tiny cages or abuse them physically.”

Natural Herbs to Improve Your Cat’s Health – Great Alternatives to…