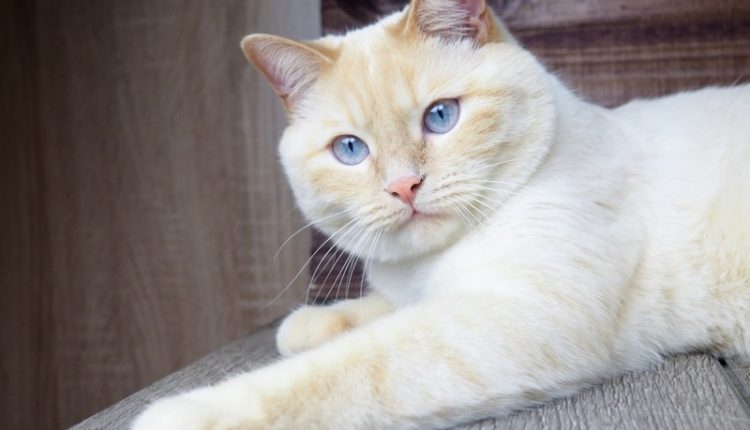 Perhaps you heard about a cat mom raising other animals, but have you ever heard of one that adopted three piglets? Well, this cute cat really didn’t seem to mind a bunch of cute piglets thinking it was mom. In an adorable video, they all cuddled up together.

Felines are wonderful animals, their admirers agree. And, according to the CDC, they might have a special kind of therapeutic benefit. Probably, that extends beyond their own kind. Actually, recent research revealed that they might decrease separation anxiety and increase empathy in children with an autism spectrum disorder (ASD).

Well, it looks like one cat stepped in to help out piglets who might have suffered through separation from their mom.

Many people think that cats are downright weird. And let’s face it, not all of them are always as cute as the cat mom that was seen on Reddit recently.

It’s not clear where the video clip originated, but it was shared on the r/aww subreddit by u/DisGuyFawkes. Posted three days ago, it received three “wholesome awards” on the site.

When the video clip arrived, the caption read, “They think the cat is their mom.” Well, loads of people loved the clip. In fact, it trended with over 3K upvotes quite quickly. In the video, a cat lay resting when along came one piglet.

Then, it was joined by a second one and they started trying to suckle. Unfazed, the cat allowed a third piglet to walk over her and join the others. Finally, they all lay cuddled up together.

In the comments section, followers especially like that the cute cat mom put her front leg out as if to protect her brood. One of them said, “that final scene with the paw across her piggens 😻😻😻.”

Another person wrote, “The new version of  ‘Three Little Pigs” with a cat instead of a wolf.” And that made another follower say, “Ill huff and Ill puff and Ill give you a bath.”

Why Would A Feline Adopt These Cute Piglets?

According to the BBC, this cat mom is not all that unusual. In fact, other animals also adopt across their species. The outlet noted, “It seems as if the drive to care for helpless infants is fairly universal among species that care for their own young – and even between different animals. What else could explain our own species’ obsession with puppies, kittens, and other baby animals?.”

Weird Cat Behavior: Why Cats Present Their Bottom – Is it Aggression?

Can Cats Detect Cancer or Other Illnesses?