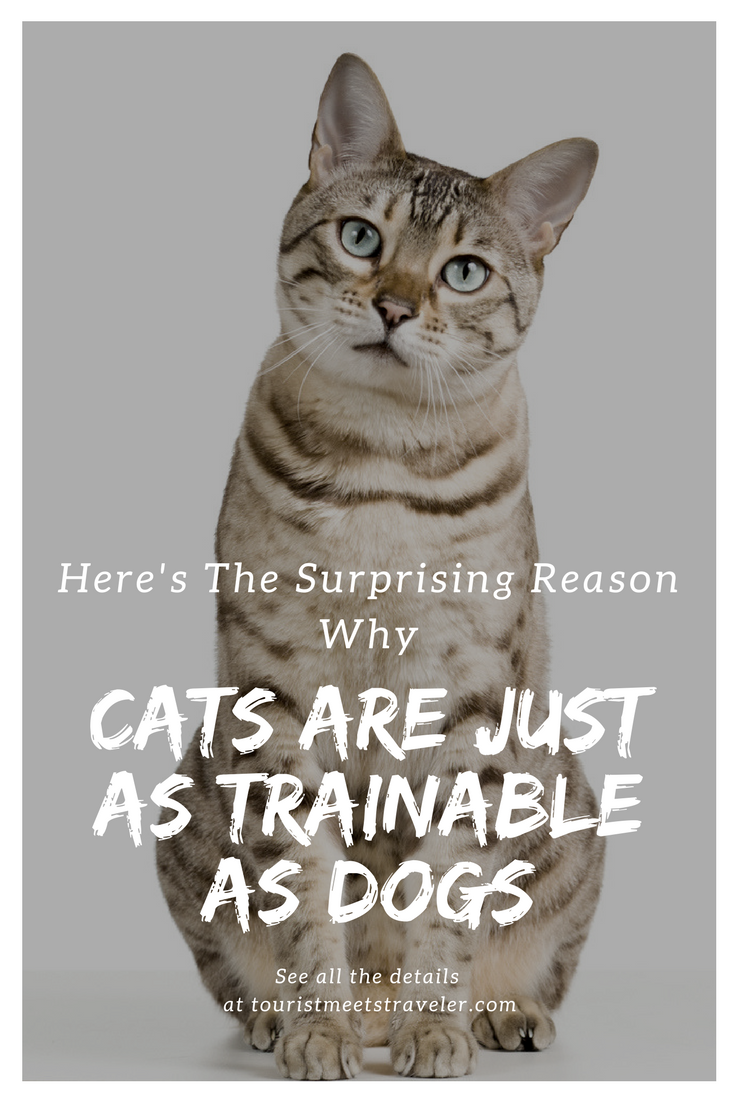 The battle of cat-lovers versus dog-lovers is now even more interesting. A new study proves cats are just as trainable as dogs, and there’s a surprising reason why. Team Cats can now gloat that felines are just as teachable as K9s thanks to a report in the journal Behavioural Processes.

Related: How to Train Your Cat – It Can be Done!

Oregon State University’s Kristyn Vitale Shreve, a co-author of the study, revealed that tests and studies being conducted are disproving the myth that cats merely see humans as food-dispenser and much prefer human attention over treats! In the study, cats were exposed to four categories of stimuli: food, toy, scent, and human social interaction. The majority of felines preferred the reward of human contact and scientist found the cats were most responsive to social stimulus. This test was conducted on dogs in the 90s, but science is just now putting cats through the same study.

So, why do cats seem so aloof? The basic answer is that they are naturally independent and, essentially, prefer to handle things on their own. For example, a study in the Journal of Comparative Psychology revealed that while dogs would look to humans to help them figure out challenging tasks, cats continued to try and figure out the puzzle themselves.

Related: How To Train Your Cat To Walk On A Leash

British anthrozoologist John Bradshaw and animal behavior specialist Sarah Ellis also explored the concept that cats are just as trainable as dogs. In their guide, “The Trainable Cat: A Practical Guide to Making Life Happier for You and Your Cat,” the duo found that cats simply learn differently. Just like humans, there isn’t a one-size-fits-all concept to train or learn. The book underlines the principle that cats will more likely respond to positive stimulus versus punishment, which means – ditch the squirt bottle and dole out more rewards as cats naturally seek out and respond to positive situations.

Cats also need specific behaviors you’re wanting to teach them broken down into small steps. So, if you want to train your cat to nap on her little bed versus your cashmere sweaters, you’ll first need to reward him or her for simply touching her bed. Make sure you give plenty of affection and attention while your kitty just touches the cat bed. Then, when your feline friend gets into the bed, another reward should be given and continued as he or she spends more and more time in the cat-friendly space.

What do you think cat-lovers? Do you have an experience training your cat? Share your thoughts in the comment section below.