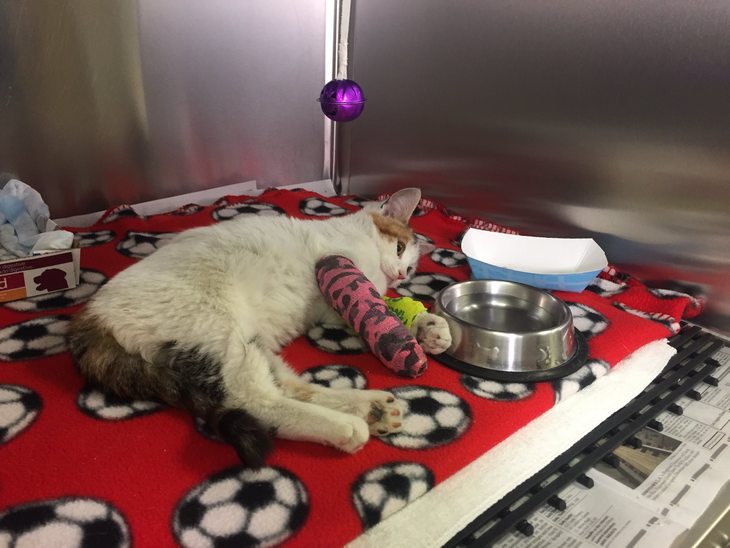 It shouldn’t be something that anyone should have to worry about, but the truth is there are people out there that are sick or just so ignorant they find humor in abuse. You can help stop cat abuse like in the viral video that have police hunting for a cat-throwing teen.

Related: What Are the Pros and Cons of Declawing Your Cat?

The video, which is making rounds on social media, shows a teen holding a cat. It seems innocent until the 10-second video takes a turn for the worst. The teenager launches the cat like a football into the street. The poor cat is screeching and howling as it hits the ground. It’s heart-breaking and it won’t be posted here as we believe in stopping the abuse by speaking out against the video.

Cops were involved in the depraved incident. The Fontana Police Department tweeted Saturday that it had been contacted by tons of concerned people regarding the video…

“We are aware of a video that depicts the abuse of a cat. We thank everyone for contacting our department with the video. It has been determined that the incident took place outside our city and we are working with the appropriate jurisdiction to find the cat and the suspect.”

The authorities have posted a few updates that explain the cat’s leg was broken by the abusive teen. As of the time of publication, the cat throwing teen is still being hunted by the police. They do know the identity of the 16-year-old who broke the feline’s leg or his own amusement, but cannot release his name. The police are attempting to locate him and he could be facing a felony of animal cruelty charges.

Related: Give Back To The Cat Community And Volunteer At Animal Shelters This Thanksgiving

It’s important that we speak out against animal cruelty and abuse. You don’t need to be an animal-lover to stop abuse. Be the voice for those who are voiceless, especially in a world where ignorance like this exists. Start by reporting your suspicions of cruelty to your local law enforcement agency, humane organization, animal control agency or taxpayer-funded animal shelter.