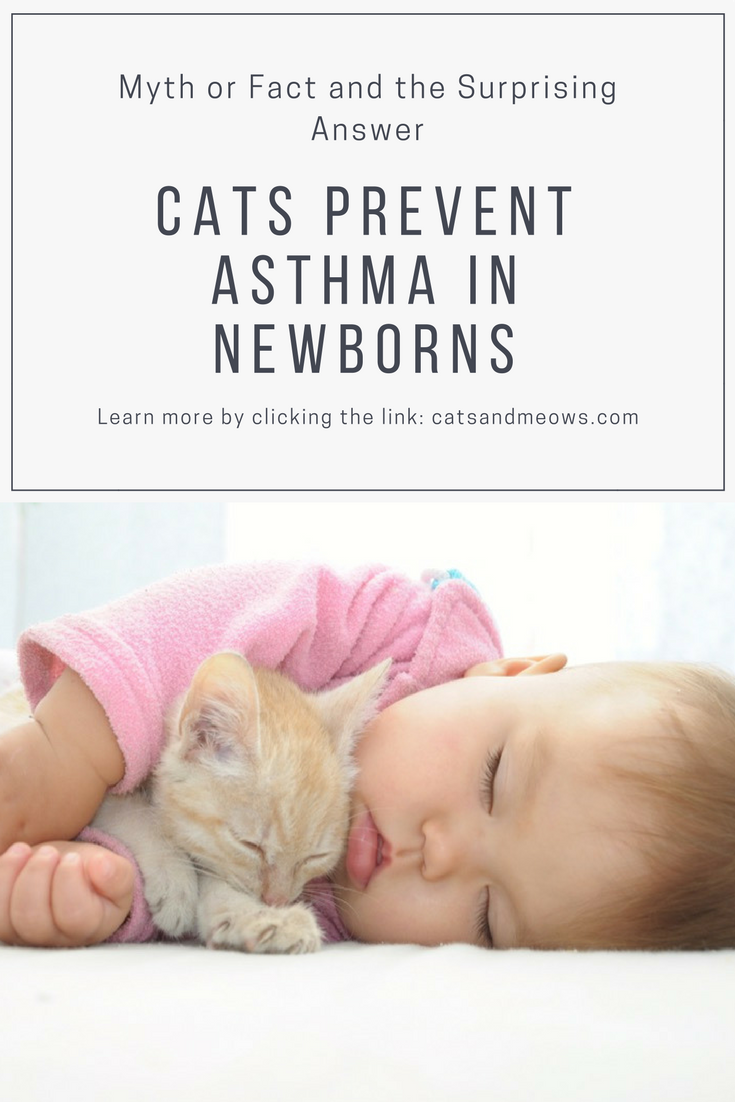 Thanks to a new study, the myth that cats can prevent asthma in newborns has been proven to be a fact! Does the answer surprise you? If so, then you might be shocked to read that scientists also speculate that felines could also help fight obesity and diabetes.

Scientists from the Copenhagen Studies on Asthma in Childhood Research Center (COPSAC) in Denmark have performed a study that concludes cats neutralize the effect of a gene that, when activated, doubles the risk of developing asthma in children. That means when you have a cat in the home of a newborn, they aid in stopping the gene that activates asthma.

Hans Bisgaard, professor of pediatrics and the head of COPSAC and the co-author of the study explained, “For me, this is the core message because it’s a recognition in the direction of how disease occurs. It documents the interplay between genetics and the environment we live in, and in particular that this occurs very early in life, both during pregnancy and in the home.” The study, which has been published in the Journal of Allergy and Clinical Immunology, detailed the study and it’s discoveries.

Scientists mapped the genes of 377 Danish children whose mothers have asthma. The results revealed that cats remove the increased risk of developing asthma among children with a particular variation of the gene 17q21, called TT. This gene has the strongest impact on the development of asthma.

So just how much exposure to cats does a baby need to prevent that activation? Doctor Arne Host, who studies asthma at H.C. Andersen’s Children’s Hospital in Odense, Denmark, stated, “Now it looks like the effect is linked to a particular gene-variant, which goes to show just how complex the development of asthma and allergies are. It’s not only about genes and the environment, but how the two interact, and there’s so much that we still don’t know.”

Related: Can Cats See Ghosts – The Science Behind the Sixth Sense

Of course, there is a drawback…

Another study from COPSAC found that that cats also activate a gene in the body that triggers eczema in children. The study focusing on asthma reinforced those findings.

What do you think about the studies’ findings?

Caring For Your Cat – Is that Yearly Check Up Necessary?

Adopting a Cat for Christmas – Carefully Consider Pets as Presents