Why Does My Cat Rub Its Head On Stuff? 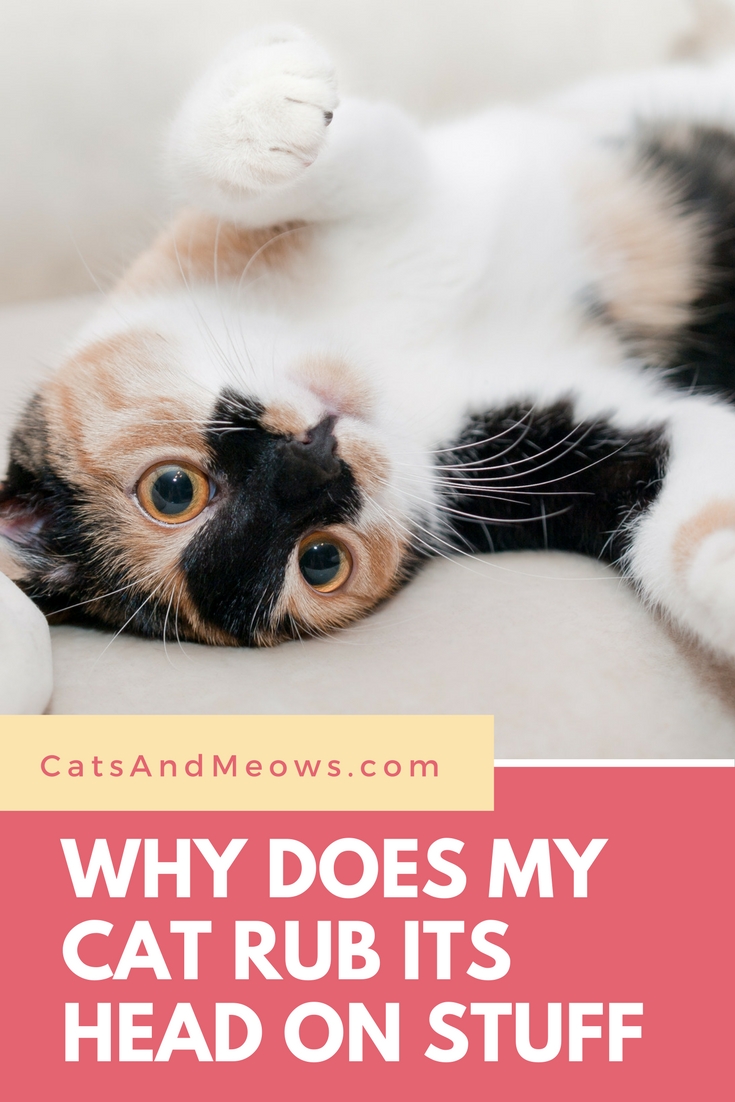 Let’s face it, cats do rather odd things from time to time. If you have a kitty, you’ve likely noticed them doing weird little rituals and acting strange. You might have put this down to felines being ‘different’ to the likes of us human beings, but what if there’s more to it than that?

What you may not realize now is that there is a reason for most every activity a cat does. One that you may have noticed in the past is the way that cats rub their heads on everything. Some kitties tend to do this in the morning as a daily ritual whereas others will just do it all day long. So, why on earth do they do it?

This is actually called ‘bunting’

Most of the time, people are under the misguided impression that cats are using objects to scratch an itch they have. Nothing could be further from the truth. If they wanted to do that, they would just scratch their heads with their paws. So, what is the deal here?

Well, one thing that you should note is that this practice is actually called ‘bunting’ and it has a very specific purpose. It’s the way that cats spread their scents around from one place to another. Each time your cat rubs up against something, they are claiming it as their own. Essentially, it’s their way of marking their territory and making sure that other animals know where they live.

How your cat spreads scent

Now let’s talk about how cats actually spread their scent around. In truth, kitties have glands around their heads and on the side of their faces. When they rub up against something, these glands release hormones which help them to scent things. You will most likely find that your cat rubs up against things that stick out, i.e. doors and furniture. That’s because these things are easiest to ‘mark’ with their scent.

The final thing you need to understand about the whole ‘bunting’ process is the fact that the scent doesn’t last forever. It has a time limit on it. Some animal experts have suggested that cats use this to determine how long other cats have been in an area. For example, they will be able to tell by the scent whether a fellow cat was here five minutes ago or, indeed, an hour ago. Fascinating, right?

So, as you can see, there’s way more to cats rubbing their heads on things than you could ever imagine. Remember that the next time you see your kitty doing it.

How Cats Conquered the World: Pets Originated in Ancient Egypt

5 Tips For Finding A Lost Cat

5 Ways To Protect Your Cat From Fire