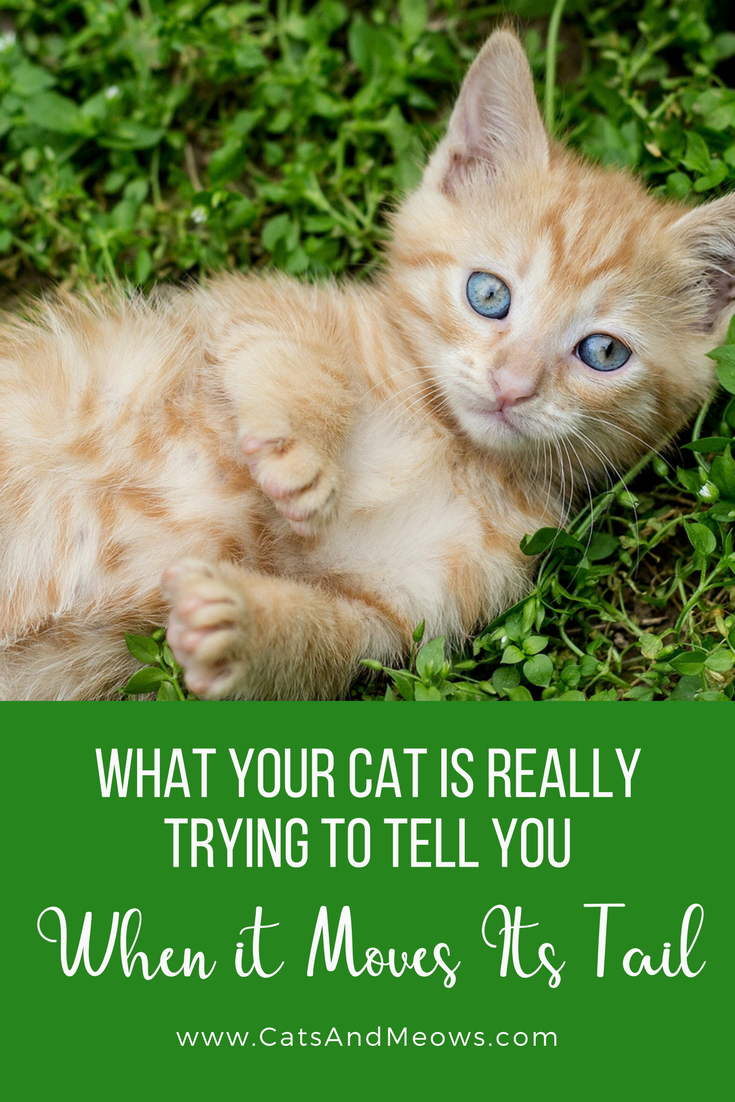 Cats can be great communicators, with a vocal repertoire that includes hissing, purring, and meowing. And there’s no mistaking what an extended claw or bared teeth mean. But when it comes to his tail, do you know what that furry little appendage is trying to telling you? You may be surprised!

Animal experts put a lot of stock in the belief that a cat’s tail movements expose his underlying mood and disposition. Read on to learn exactly what the tale of the tail has to reveal!

According to Carlo Siracusa, assistant professor of veterinary medicine at the University of Pennsylvania, a cat’s tail speaks volumes about his emotional state. If your cat is outwardly calm when he greets you, and displays a straight tail with a hooked tip, you can regard this as a friendly “hello.”

Conversely, a cat who is behaving aggressively and displays a tail standing straight up like an arrow is letting you know to let him have his space for the time being.

If you encounter a cat with it’s tail furiously whipping back and forth, stand back. The cat is likely agitated, and his feelings of fear or nervousness may make him behave aggressively toward you even if you’re not the intended target.

Yes, there is such a thing as a scaredy cat! Fearful cats often arch their backs while at the same displaying a puffed up tail.

In addition to reading your cat’s tail-language, it helps to factor in his other movements to get a more complete picture of his emotional state.

Related: 5 Things To Be Aware Of As Your Cat Ages

Have you ever watched your moggie tap his tail while he’s asleep? Siracusa believes that the animal is likely relaxed, but with a small part of its consciousness alert to movement or sounds in his immediate vicinity.

And most of us have watched in wonderment as our furry feline friend suddenly skyrockets across the room, darts down the hallway, or races about the house for seemingly no reason, right? Animal experts refer to this sudden burst of energy as, “the zoomies!”

It’s likely that your cat’s tail is switching madly about as he races round and round, but the zoomies usually indicate nothing more than an outlet for stored up energy!

5 Things To Be Aware Of As Your Cat Ages

5 Ways To Protect Your Cat From Fire