How Cats Conquered the World: Pets Originated in Ancient Egypt 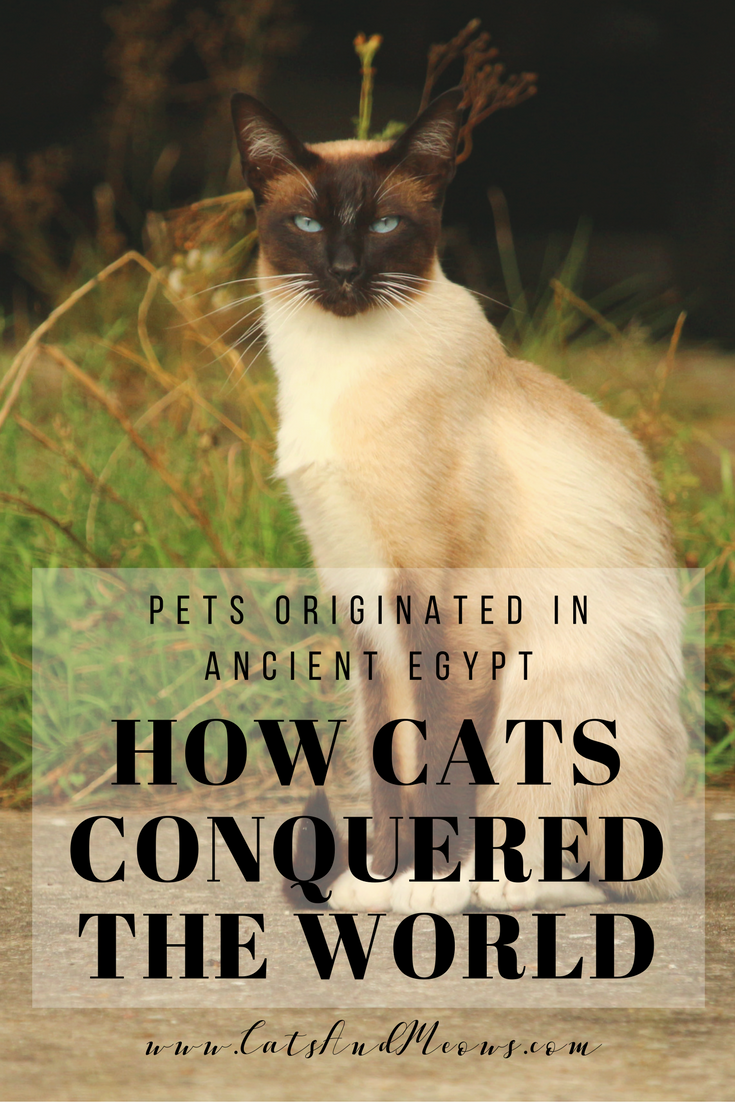 Have you ever wondered how that cute little lion on your couch ended up domesticated, not to mention the undisputed king of all online video content? Unlike dogs, which were domesticated more than 14,000 years ago, felines were domesticated relatively late in the game. Their catwalk journey from wild animal to purry kitty is nothing short of fascinating!

A new research study on feline DNA shows just how wildcats came to live alongside humans. Would you believe it if I told you that cats initially took to humans in order to take advantage of the plentiful rodent supply running amuck at early Stone Age farms?

Of course you would! Cats love to fill their tummies, and they were enticed to cozy up to humans in order to gain access to a steady food source. And then slowly, over time, these same wild animals were ultimately tamed by those very same humans who couldn’t resist leaving food out for the intriguing furry creatures prowling the perimeters of their farmland.

According to a study published in “Nature Ecology and Evolution,” the ancient Egyptians get credit for starting the domestication process of today’s tame, friendly feline.

In the study, researchers report that detailed analysis of feline remains dating back almost 10,000 years uncovered a lineage of cats from Egypt which first dispersed throughout the world approximately 3,000 years ago.

Evidence shows that these ancestral creatures bred with local animals, leaving behind distinctive DNA that is found in our modern-day pets.

It’s believed that the Egyptian cats were successful due to characteristics, ie, friendliness, that made them superior companions compared to other kinds of wild felines.

In turn the ancient Egyptians and the parties that they traded with likely carried these cats with them by ship, to far flung ports, thus spreading the distinctive “friendly” DNA.

In turn the felines’ prowess at pest control made them a welcome guest, with rewards of food no doubt common, perpetuating the growing bond between cats and humans. Of course modern man is well aware that the ancient Egyptians are believed to have worshipped cats!

Cats are commonly depicted in ancient Egyptian tombs, often appearing in tame positions such as under a chair.

Dr. Eva-Maria Geigl, one of the study’s researchers, noted, “In Egypt cats were at total ease in domestic contexts, as witnessed by the depiction of the ‘cat under the chair’ theme … more than 3,000 years ago.”

Why Does My Cat Rub Its Head On Stuff?

Meet Instagram Star Smush – the Kitty With the Squished Face