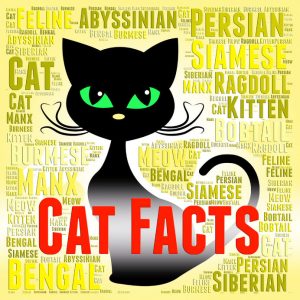 So, how high is your cat I.Q.? I’ll bet you a bezoar that by reading on you’ll learn at least one new and exciting fact about that furry little friend sitting next to you!

On second thought, forget what I just said about that bezoar! That’s because “bezoar” is the technical term for a hairball! And believe it or not, at one time people saved and sold bezoars because they thought they cured poisoning!

Guess what? If you feel like you and your cat share an emotional bond that your dog or parakeet just doesn’t get, you’re not wrong! The part of the brain that controls emotions in both humans and felines is almost indistinguishable. Still, it’s probably never a good idea to call someone a, “bird brain!”

You Might Also Like —> Cats Can’t Catch Pokemon GO Creatures Or Sense Them, But They Certainly Make Cute Pictures

And if brains were computers, Fuzzy’s CPU would be almost twice as powerful compared to Fido’s! That’s because felines average 300 million neurons while canines have around 160 million.

And speaking of computers, your cat would totally slay your iPad in a game of Angry Birds; cats are capable of storing around 1,000 times more information than your mobile device (if only they could talk, too!).

Ok, this fact you probably already know but it bears repeating: never try to trim your cat’s whiskers! They may look like really thick hairs, but those skinny spikes are actually sensory instruments that your cat uses to gauge it’s physical environment.

If I told you that cats are the most popular household pet in the U.S., would you believe me? Of course you would, because you’re an awesome cat person who already knows that there are nearly 75 million domesticated cats living large in our homes, compared to about 69 million dogs!

So, how many fun facts did you already know? Or, do you have a favorite cat fact that you’d like to add to our collection? We’d love to hear from you in the comments section below!

How to Kitten Proof Your Home

Which Holiday Plants are Toxic for Cats?