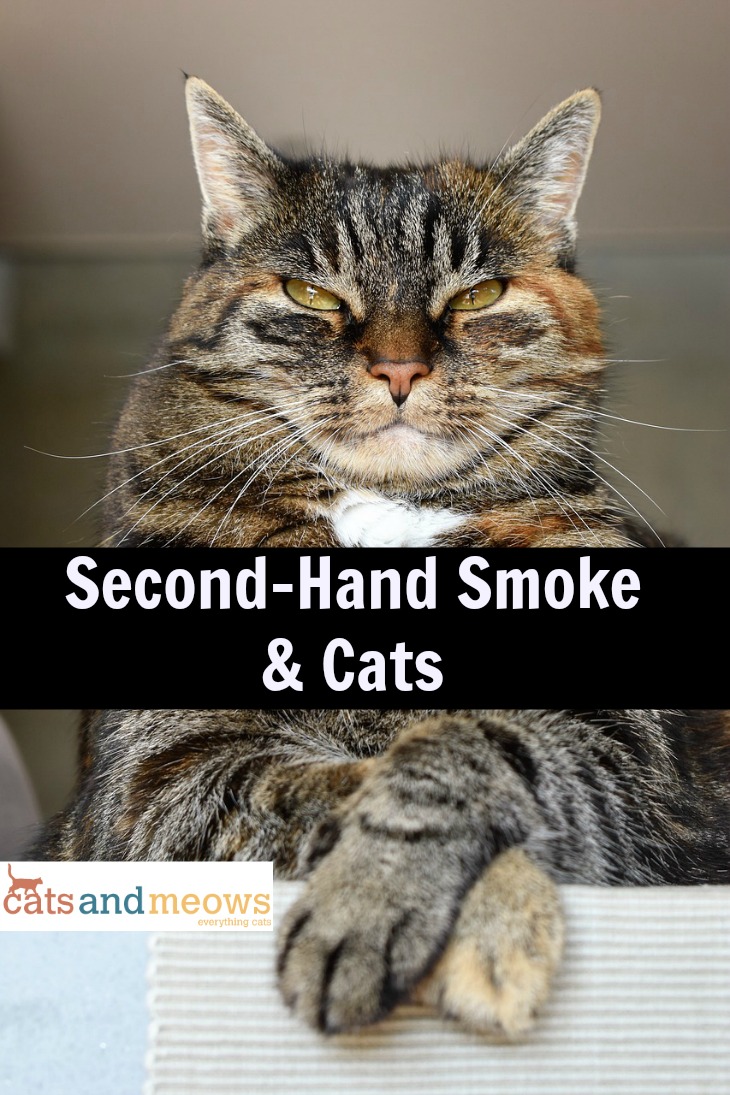 We all know about the dangers that second-hand smoke can have on humans. But have you ever thought about how second-hand smoke affects animals? In fact, the smoke hazards are just as real for our furry friends, and especially so for cats.

Cancer is one of the greatest health risks for cats who live in homes with second-hand smoke. One study showed that cats exposed to smoke are nearly 2.5 times more likely to develop a malignant lymphoma than cats in non-smoking households. Scary, right?

But it gets worse. If a cat lives with environmental tobacco smoke exposure for at least five years of its life, the cancer risk triples.

Related: What Is Cat Scratch Fever – Symptoms And Treatment

But smoke inhalation is just one of the perils that cats face. We all love how clean our cats keep themselves, don’t we? Unlike dogs, felines are programmed to groom and wash themselves which comes in handy for today’s time-strapped owner.

But if a cat lives in a smoking household, it’s that exact cleaning instinct that puts its life at risk. Have you ever noticed the greasy, yellow film that accumulates on the windows and walls of heavy smokers? Well, if you smoke, that same substance will also collect on your skin and on your cat’s fur.

So when your cat licks itself, it is most likely ingesting that slimy smoke residue. Studies have suggested that there is a connection between feline oral cancer and second-hand smoke. In other words, when a cat does what comes naturally, toxic substances collect inside the mouth, which increases the risk for cancer.

Related: Cat Cancer: Making Difficult Decisions About Care And Treatment For Your Feline

Many people use e-cigarettes as an alternative to traditional tobacco products. So far there haven’t been many studies done to determine the effect of vaping on pets, according to the American Lung Association. But it’s safe to say that as more human studies are conducted, there will be an increase in animal studies as well.

How To Dress Your Cat Up For Thanksgiving