Is Halloween Dangerous For Black Cats? 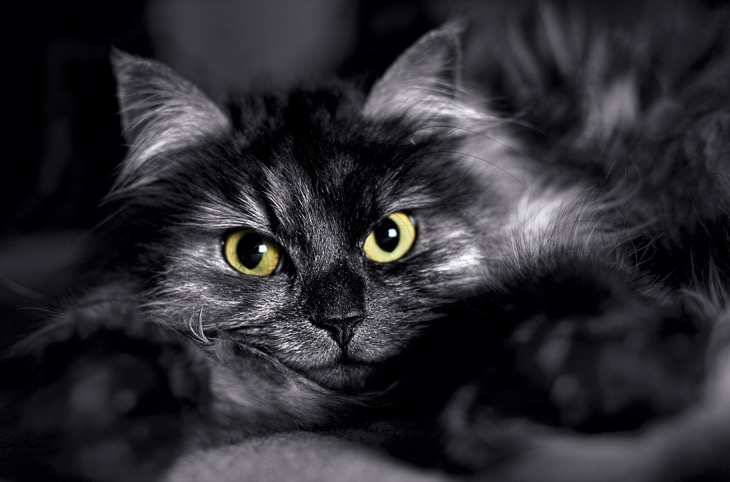 Halloween is right around the corner, and that means everywhere we turn we will be seeing pumpkins and black cats. Over the years, partially courtesy of consumerism, black cats have become Halloween icons. If you are a cat lover, then you most likely enjoy Halloween because of the simple fact that the Autumn holiday basically celebrates black cats – but it was not always like that.How exactly did black cats become such a huge part of Halloween? Well, they didn’t always

How exactly did black cats become such a huge part of Halloween? Well, they didn’t always used to be the stars of the show, in fact, Halloween used to be a pretty bad day for black cats. Somewhere along the way, many many years ago, black cats became associated with Witchcraft. When the Puritans arrived in America, and the witchhunts were under way, they actually believed that black cats were evil and sacrificed them. As Halloween became an official holiday, some sectors and staunch disbelievers in witchcraft actually celebrated the holiday by carrying on the Puritan tradition of sacrificing black cats on Halloween.

We like to think that people have let go of their silly black cat superstitions, but every Halloween without fail, stories pop up about missing family pets, who just happened to be black. Some cat ladies take extra precautions and keep their black cats indoors just to be on the safe side.

While there is no concrete evidence that anyone is running around stealing black cats on Halloween with unsavory intentions, it is worth noting that most adoption shelters refuse to let anyone adopt a black cat during the month of October. If pet shelters are worried about the overall welfare of black cats on Halloween, then that might be an indicator that there is cause for concern after all.

Jenni is a stay at home mom of five, when she isn’t refereeing her wild children and helping her husband with the animals on the family farm, she likes to kick back and watch some of her favorite shows. She has never missed an episode of The Walking Dead, and will talk your ears off about Daryl Dixon, if you’re willing to listen. When she isn’t watching Walking Dead re-runs, she loves to catch up on Empire, and gets sucked into an occasional Lifetime movie or two.

How To Save Money On Cat Food