Werewolf Cats – Lykois Are Taking The States By Storm, And They’re Adorable! 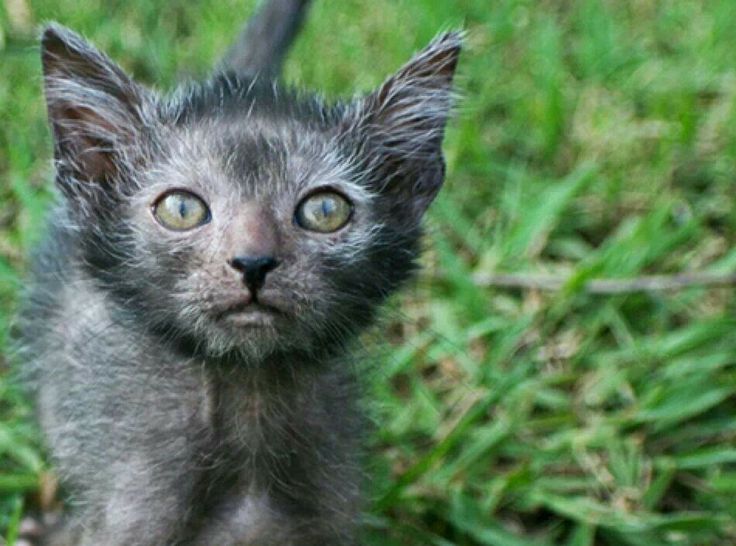 Werewolf cats are REAL, and absolutely adorable! Most of us snoozed through science class, but natural evolution and genetic mutations apparently are hitting the cat race at a rapid pace. You know all of those odd looking werewolf cat photos that are going viral on social media? Well, it turns out they aren’t the product of a clever Photoshop genius. Werewolf cats are very real, and they are actually called Lykois.

Lykois began popping up in the United States less than 10 years ago, naturally when Lykoi’s first began making their appearances – pet owners were a bit frightened. Several scientists studied the Lykoi and came to the conclusion that their distinct and odd appearances were the result of a domestic short hair cat’s genetic mutation over the past 20 years.

Lykois are dubbed “werewolf Cats” or “Wolf Cats” because of their coloring, wedge-shaped heads, and thin hair on their faces. Like domestic short-hair cats, Lykois shed too, and at times they can appear to be almost bald, like a Sphynx cat. While Lykois look like dogs and even act more like dogs than cats, contrary to popular belief, there is actually no dog DNA in their genetic make-up.

You Might Also Like —> Bengal Cat Farms Popping Up World Wide, Here’s What You Should Know Before You Buy A Pricey Kitten

Lykois breeders have been popping up all over the United States in the past 5 or years – the very first Werewolf Cat breeders are the Gobble Family in Tennessee. They managed to round up the original 5 Lykois cats found in the United States and have been breeding them over the course of the past 5 years. If you are interested in adding a Lykoi cat to your family, you can check out the Gobble Family’s official website where they have an overwhelming amount of information on the fascinating cats.

So, what do you think of the Werewolf Cats? Have you ever seen something like them in real life? Let us know in the comments below!

Best Ways to Pamper Your Cat