Bengal Cat Farms Popping Up World Wide, Here’s What You Should Know Before You Buy A Pricey Kitten 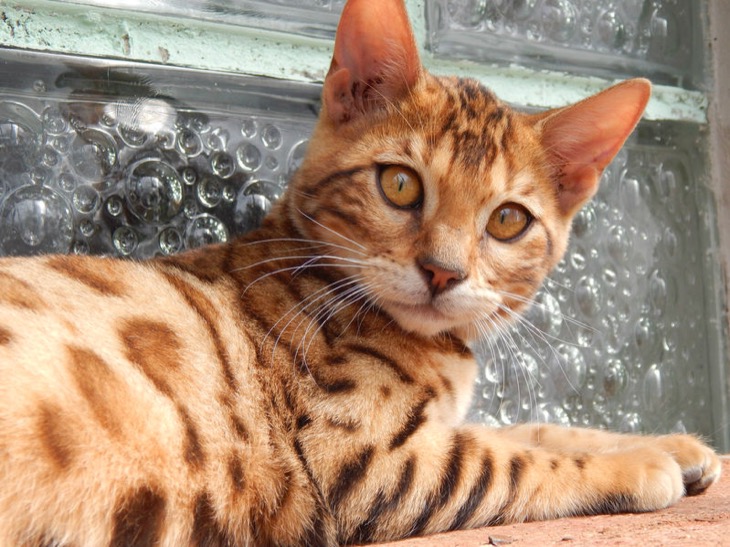 Bengal Cats are gorgeous, and rapidly rising in popularity. Photos of the majestic animals are taking social media by storm as proud pet owners show off their new kitties. But, is the high demand for Bengal Cats causing “Cat Farms” to pop up around the world, and leading to inhumane treatment, and making it even harder for regular plain jane cats to find homes?

Not sure what a Bengal Cat is? Those beautiful orange and black cats, with similar markings to tigers or leopards, are referred to as “Bengals.” Bengals were developed basically under a microscope, a Bengal is specifically bred to look like a wild jungle animal. And, they are about four breedings down the line from an Asian Leopard Cat.

Bengal Cats are being sold from anywhere around the low $600 range, to up to $3000. Their high-profit margin is making them a meal ticket for cat breeders, who are producing several litters of kittens from one cat, all in one year. And, the large cash flow coming in is only inspiring more and more “Cat Farms” to pop up.

What exactly is a “Cat Farm?” Basically a feline version of a “Puppy Mill.” Sure, there are probably some perfectly acceptable cat farms out there, who take good care of their Bengals. But, sadly, most of the Cat Farms are similar to the news story that has been gathering a lot of attention recently in Australia.

A Bengal Breeder, Kevin Cheng’s, cats were seized, there were over 72 cats living in one home, they weren’t cared for properly and over 30 of them had to be put to sleep because they were riddled with diseases. Despite the disease and cats’ poor hygiene, their owner was still breeding them and selling them for astronomical amounts.

Aside from the fact that a lot of Bengals are mistreated and poorly taken care of by breeders who are trying to make a quick buck, there’s the other major issue at hand, why are people paying thousands of dollars for these cats when there are hundreds of thousands of free cats sitting in shelters and desperate for homes and a family?

Bengals are beautiful, and we have nothing against Bengal Cat owners. But, before you pay top dollar for a cat because it resembles a leopard, think of the bigger picture.

Taylor Hancen Rios is a freelance writer with over 10 years of experience. Her writing has appeared on dozens of blogs and websites. She also contributes to a mental health-focused international non-profit organization and an autism magazine. However, her favorite topic is soap spoilers and speculation.

A passionate Days of Our Lives fan for over 25 years, she could write about DOOL all day long (and sometimes does!) She also loves The Bold and the Beautiful, Coronation Street, Emmerdale, and Eastenders.

In her free time, Taylor works on home improvement projects in her rural Texas home. She is a nature lover, amateur photographer and has 2 spoiled dogs: a Chiweenie and Pit Bull Doxie mix.

Cat Cancer: Making Difficult Decisions About Care And Treatment For Your Feline

Samson, The Fattest Cat In NYC Weighs In At 28 Pounds And Has More Instagram Followers Than You!