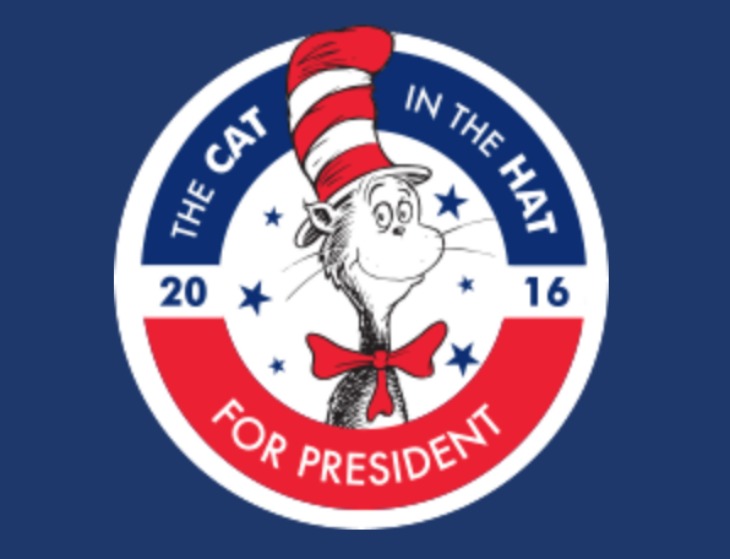 “The Cat in the Hat” has decided to run for President. The Dr. Seuss character announced his candidacy with the help of spokesman Michael Fenton outside the home in Springfield, Massachusetts where Theodor Seuss Geisel’s spent his childhood.

If elected The Cat will ask all cabinet members to speak in rhyme according to Susan Brandt, vice president of Dr. Seuss Enterprises. Will the Cat release his tax returns? Susan assured voters that the Cat in the Hat “will be fully transparent.”

On the Cat in the Hat for Prez website visitors will find five charities for whom they can vote. The charity that receives the most votes will receive a $10,000 donation.

The Cat in the Hat 4 Prez campaign is part of a promotional event for the Cat’s latest book, “One Vote, Two Votes, I Vote, You Vote.”

Weird Cat Behavior Explained: Science Reveals Why Cats Follow You to the Bathroom