Grumpy Cat On a Mission: Himalayan Cat And Toddler Want To Bring Happiness To The World 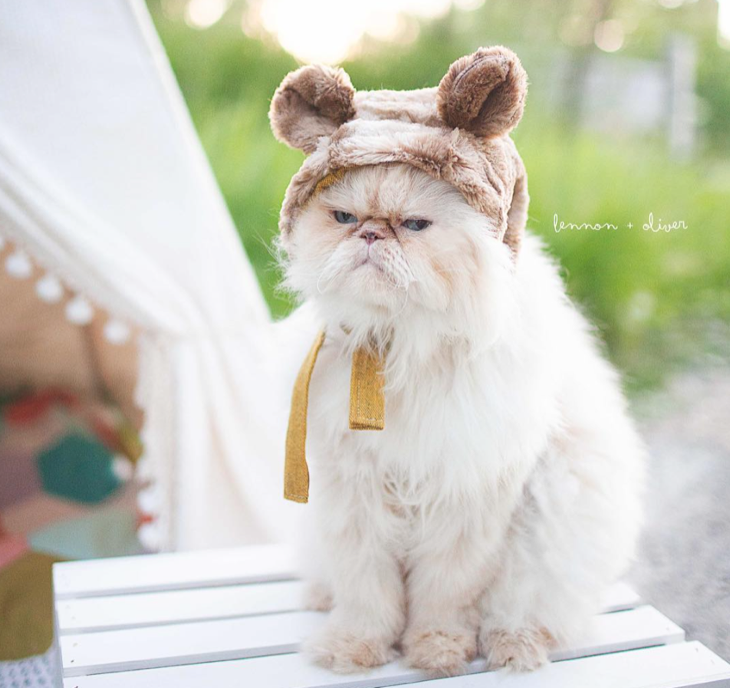 Grumpy Cat, a Himalayan kitten named Oliver is on a mission. He and his buddy, a two-year-old toddler named Lennon, want to bring happiness to the world and make things a little less scary.

Oliver may look as if he’s grumpy all the time but his mommy Amanda Norsada revealed the beautiful Himmie is a very tolerant kitty. Oliver took to Lennon from the moment she arrived home from the hospital. Amanda wanted to document this incredible and unlikely friendship between a newborn and a feline.

Amanda Norisada spoke with NBC26 and revealed that Oliver and Lennon want to bring something happy and innocent to the world via the Internet and social media. That’s why Amanda shares the hilarious and fun photo shoots.

You Might Also Like —> Larry the Cat Stays At 10 Downing Street: Continues As Chief Mouser To The Cabinet And New Prime Minister Theresa May

Lennon and Oliver have their own blog which tells the story of how Oliver’s life was turned upside down on April 18, 2014 – the day Lennon was born. In the About section of the blog ‘Lennon And Oliver’ Amanda writes, “They are almost always within arm’s reach of each other. Oliver loves receiving an average of 50 hugs a day and Lennon appreciates having a furry pillow handy at any time.”

If you are in need of a smile or a laugh visit Lennon and Oliver’s blog and follow them on Facebook and Instagram. Maybe it will make your world just a little less scary.

Cat Travel Regulations: Check For Guidelines And Regulations Before Adopting A Feline From Foreign Country