Cat Quotes: Some Of The Most Popular! 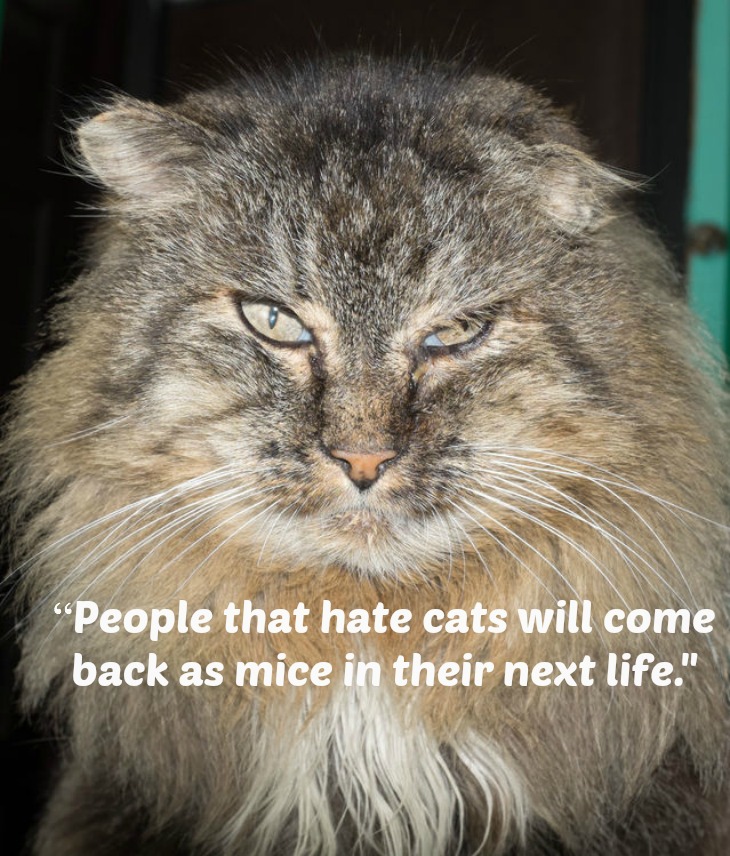 Cats are some of the most elusive animals around, which is why many people fall in love with them. Cats are also loyal, cuddly and friendly. Throughout the years, there have been many quotes about cats that have come about. Here are some of the most popular cat quotes.”Dogs come when they’re called; cats take a message and get back to you later.” From Mary Bly,

#1 “Dogs come when they’re called; cats take a message and get back to you later.” From Mary Bly, pen name for Eloisa James, best-selling author of Regency romance novels.

#2 “The problem with cats is that they get the same look on their face whether they see a moth or an axe-murderer.” From Paula Poundstone, stand-up comedian, actress, and author.

#3 “Cats do care. For example, they know instinctively what time we have to be at work in the morning and they wake us up twenty minutes before the alarm goes off.” From Michael Nelson, comedian ,and author.

#4 “People that hate cats will come back as mice in their next life.” From Faith Resnick, television, interior designer, and author.

#5 “I had been told that the training procedure with cats was difficult. It’s not. Mine had me trained in two days.” From Bill Dana, comedian, screenwriter, and actor.

#6 “People who love cats have some of the biggest hearts around.” From Susan Easterly, contributing editor for Cat Fancy magazine.

#7 “The ideal of calm exists in a sitting cat.” From Jules Renard, French author.

#8 “A cat will do what it wants when it wants, and there’s not a thing you can do about it.” From Frank Perkins, song composer.

#9 “A lie is like a cat: You need to stop it before it gets out the door or it’s really hard to catch.” From Charles M. Blow, journalist and columnist.

#10 “I love cats because I enjoy my home; and little by little, they become its visible soul.” From Jean Cocteau, French writer, filmmaker and artist.

#11 “There are two means of refuge from the miseries of life: music and cats.” From Albert Schweitzer, French-German theologian, philosopher, organist and physician.

#12 “When my cats aren’t happy, I’m not happy. Not because I care about their mood but because I know they’re just sitting there thinking up ways to get even.” From Percy Bysshe Shelley, English romance poet.

#13 “I have studied many philosophers and many cats. The wisdom of cats is infinitely superior.” From Hippolyte Taine, French historian and critic.

#14 “There’s no need for a piece of sculpture in a home that has a cat.” From Wesley Bates, artist and wood engraver.